You have permission to edit this article.
Edit
Home
News
Sports
Obituaries
Opinion
Things To Do
Classifieds
Legals
FAQ
Newsletter
Submit your news
e-Editions
Special Sections
Calendar
Contact Us
About Us
Advertise with Us
Corre la Voz
1 of 6 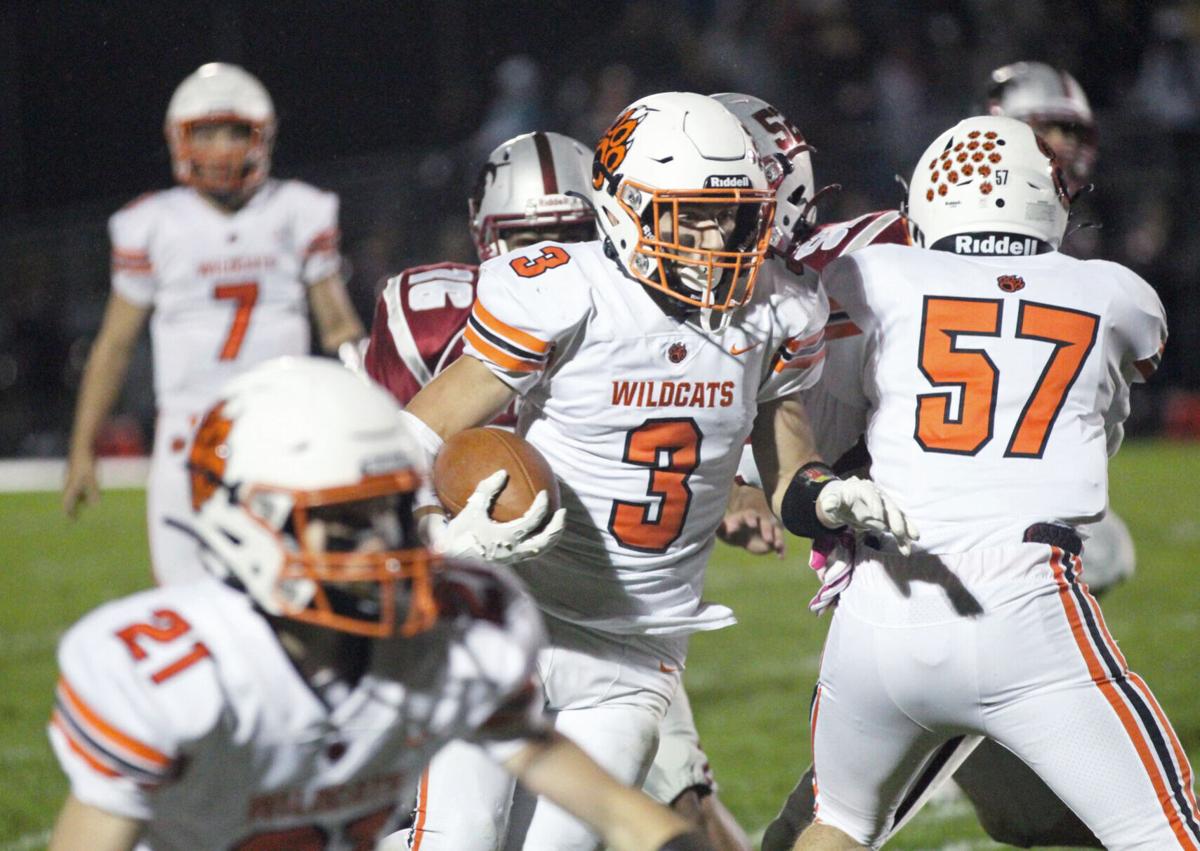 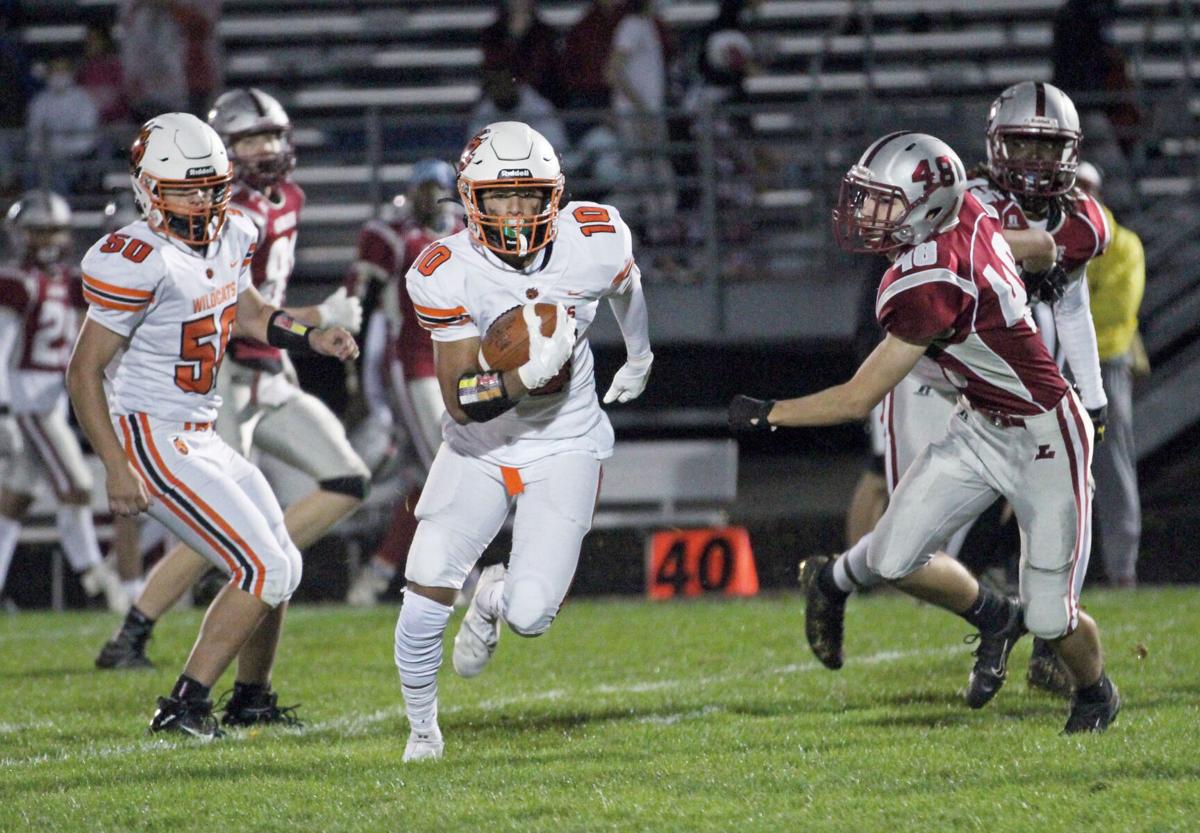 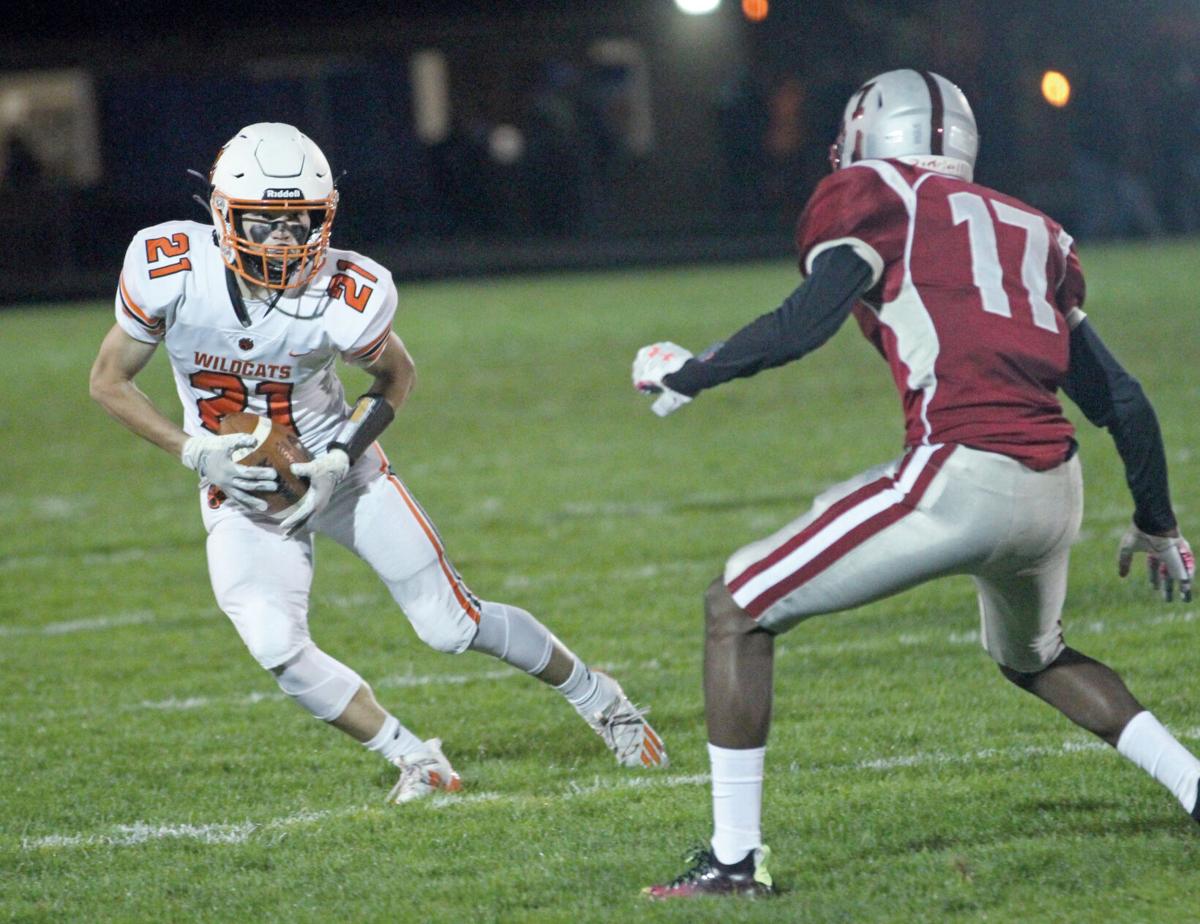 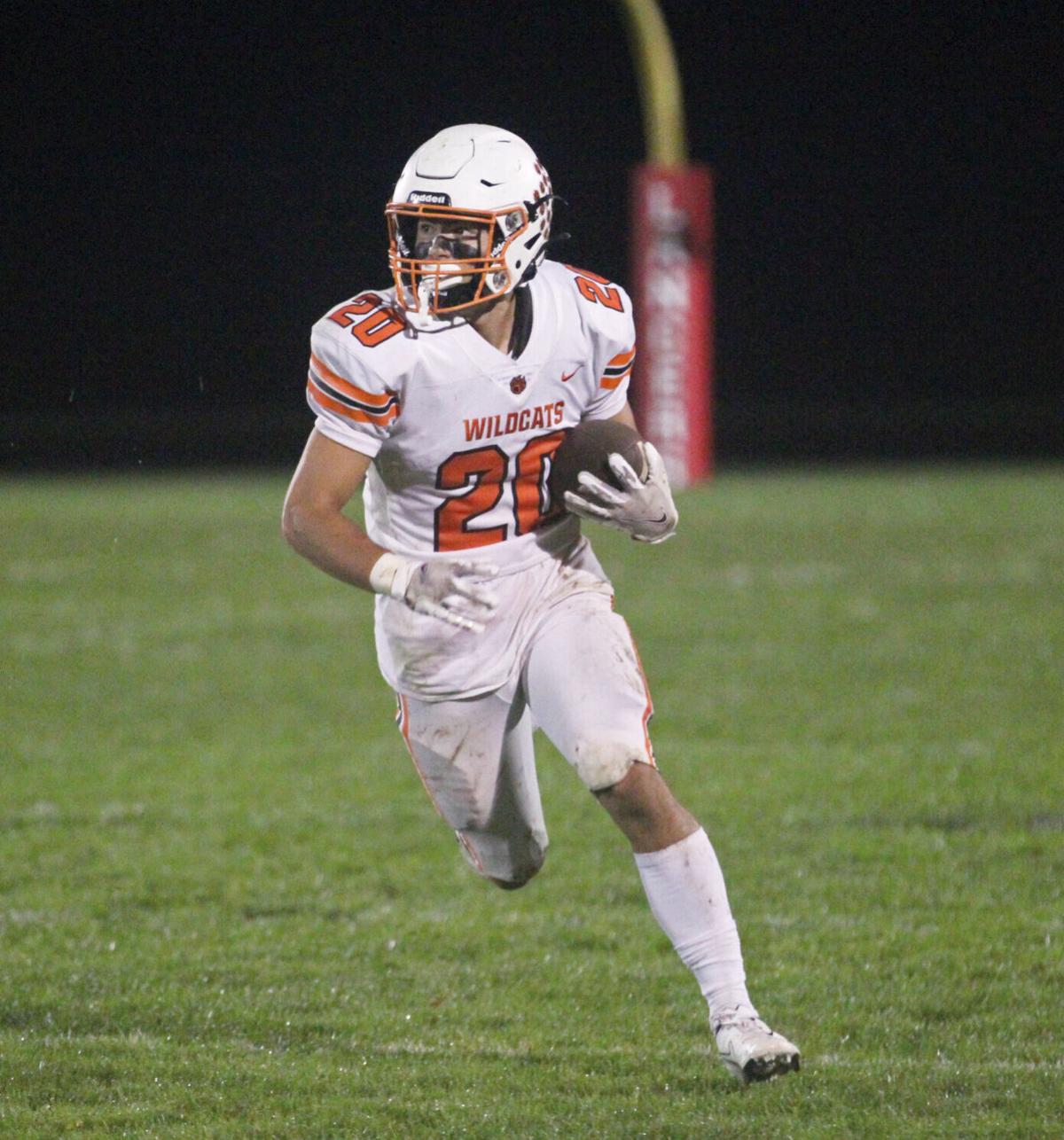 Verona's NJ Elias runs in the open field with the ball during the Wildcats' 56-0 win over Madison La Follette Friday, Sept. 24, at Lussier Stadium. 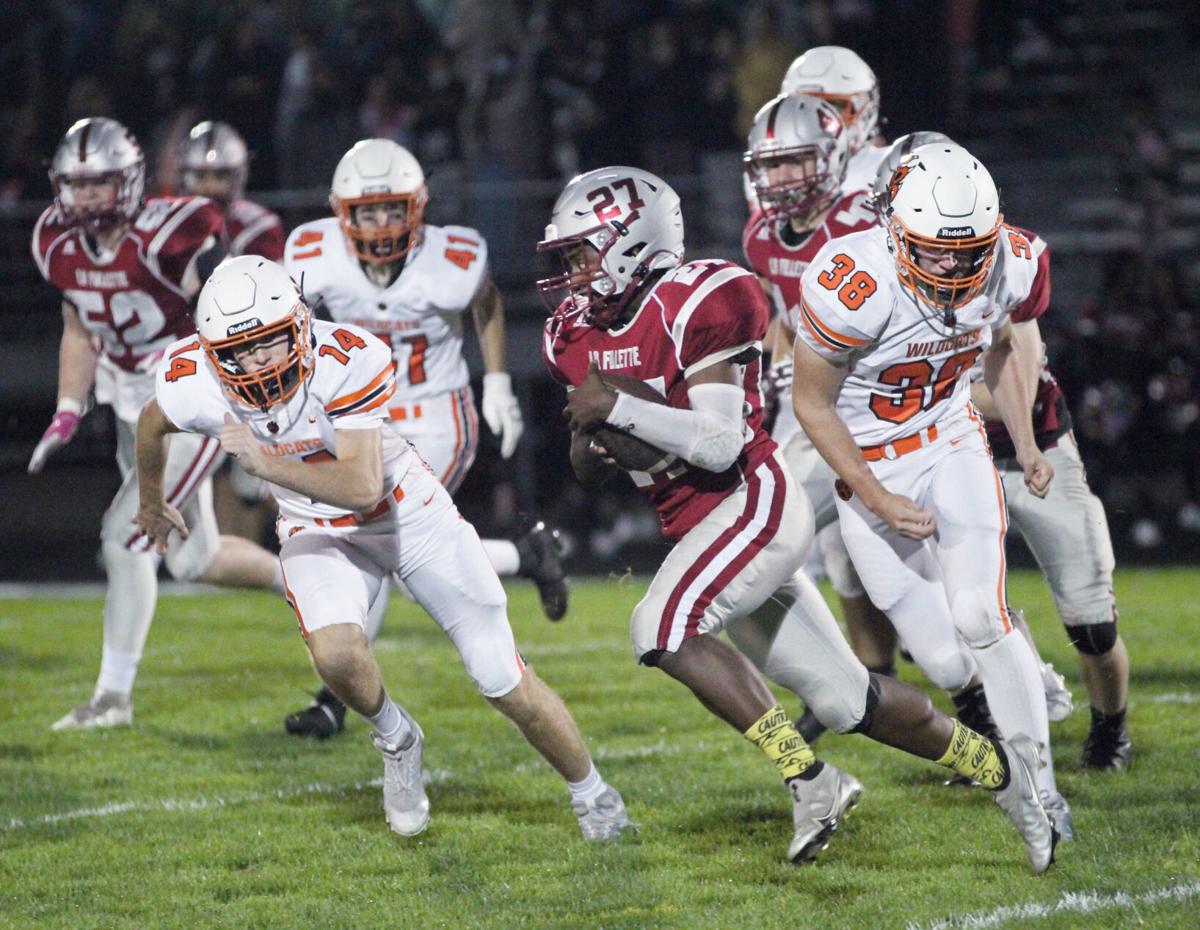 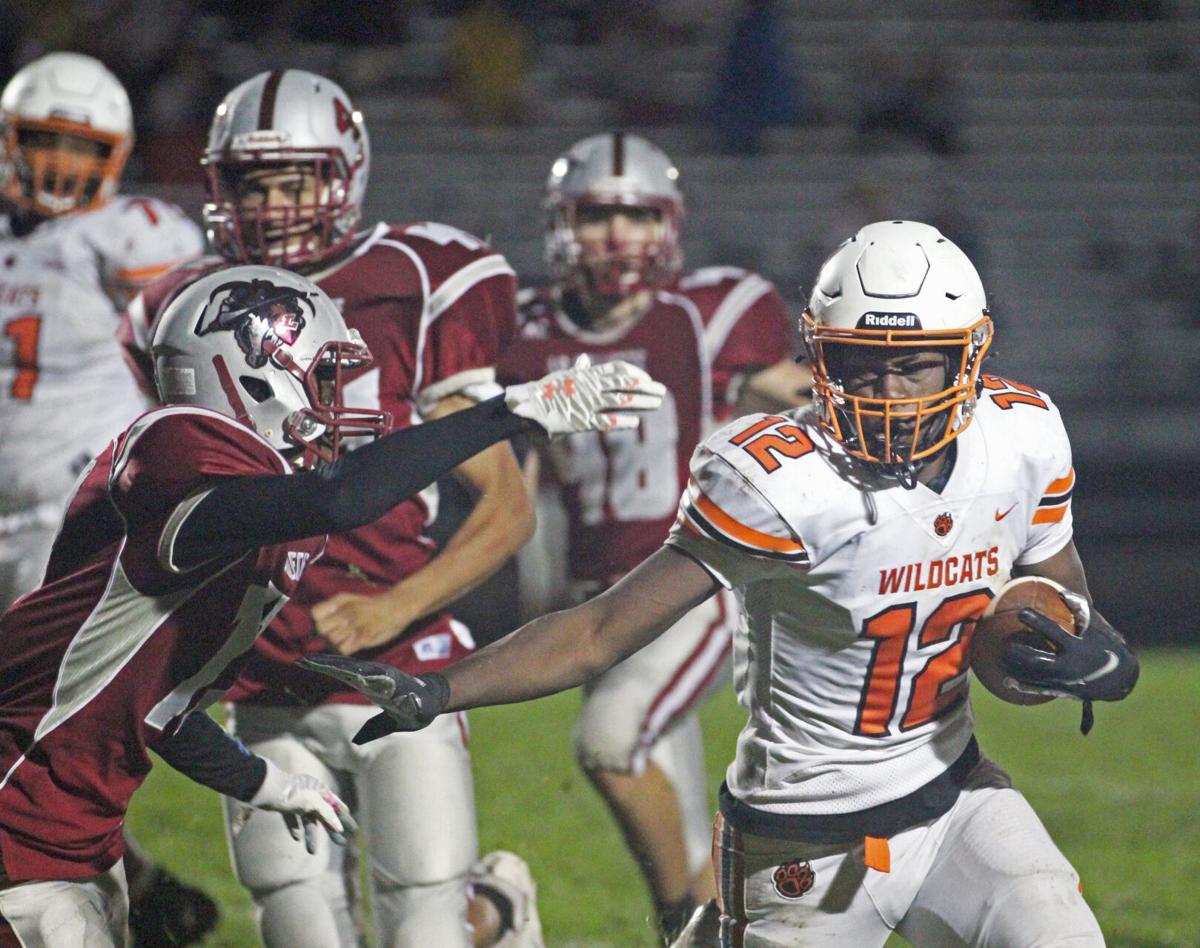 Verona's Isaiah Marsh stiff arms before he scores a touchdown during the Wildcats' 56-0 win over Madison La Follette Friday, Sept. 24, at Lussier Stadium.

Verona's NJ Elias runs in the open field with the ball during the Wildcats' 56-0 win over Madison La Follette Friday, Sept. 24, at Lussier Stadium.

Verona's Isaiah Marsh stiff arms before he scores a touchdown during the Wildcats' 56-0 win over Madison La Follette Friday, Sept. 24, at Lussier Stadium.

The final score was a surprise.

And a pleasant one at that for Verona.

“We didn’t expect this at all,” Verona head coach Dave Richardson said. “I expected a competitive game, but our kids executed our game plan pretty well.”

Verona (5-1, 3-1 Big Eight) scored 42 points in the first half to force a running clock to start the second.

Seniors Karson Mitchell and Kyle Krantz both scored two touchdowns in the victory. The Wildcats also had all three phases score points as Verona put up six offensive touchdowns to go along with a punt return and a pick six.

Verona struck early as Mitchell took a short pass from senior quarterback Mason Fink and ran it in for a 46-yard touchdown. The score was just the second play from scrimmage, 24 seconds into the game.

“Mason told me we were gonna run a bubble screen right out the gate, so I was amped to get it and go,” Mitchell said. “I knew I could break out because of my other wide receiver Cole Jannusch. He had an amazing block to sell the outside run when I cut it back in.”

Krantz punched in a 10-yard touchdown with 7 minutes, 3 seconds left in the first quarter to give the Wildcats a 14-0 lead.

“We wanted to hurry up and go as fast as we could, we call it turbo,” Richardson said. “We know that they have a few guys going both ways. We wanted to wear them down a little bit.”

Verona ended the second quarter with a pick six from senior defensive back Collin Stubitsch and shortly after, a punt returned to the house by Mitchell for his second score of the contest.

“Their starting punter was injured, so I knew it wasn’t gonna be a far punt, so I told NJ Elias, ‘let’s house one,’” Mitchell said. “He had an amazing block and I just saw a gap and cut through, and I was gone.”

Senior Isaiah Marsh and junior Brandon Zier both scored second-half touchdowns on the ground to cap off the scoring.

Krantz collected 106 yards on 12 carries, while Marsh added 63 yards on eight attempts. Fink finished 6 of 12 with 100 yards. Garrett Jones knocked in all eight of his extra point attempts.

Mitchell and Krantz combined for 161 yards and four touchdowns. Jannusch added two catches for 35 yards to go with his score.

“Everyone on our team can make plays; it’s just being consistent and staying on our reads,” Mitchell said.

“Cole has a huge frame so we use that with fades. If it’s not there, Mason makes the read to me or a RPO (run-pass-option) to Kyle Krantz. It’s an amazing duo if you ask me. We’ve been preparing these games since sophomore year.”

It was an impressive defensive effort from the Wildcats, pitching their first shutout of the season. Senior linebacker Landen Portzen grabbed an interception, while junior linebacker Mason Armstrong did his work behind the line of scrimmage.

“I think Mason Armstrong had five or six tackles for loss in that first half alone,” Richardson said. “They were penetrating and reading the bounce.”

Up next, Verona will host Middleton (4-2, 4-0). The Cardinals head into the matchup tied atop of the Big Eight standings with Sun Prairie at 4-0.