You are the owner of this article.
Edit Article Add New Article
You have permission to edit this article.
Edit
Home
News
Sports
Obituaries
Opinion
Things To Do
Classifieds
Legals
FAQ
Newsletter
Submit your news
e-Editions
Special Sections
Calendar
Contact Us
About Us
Advertise with Us
Corre la Voz
1 of 4 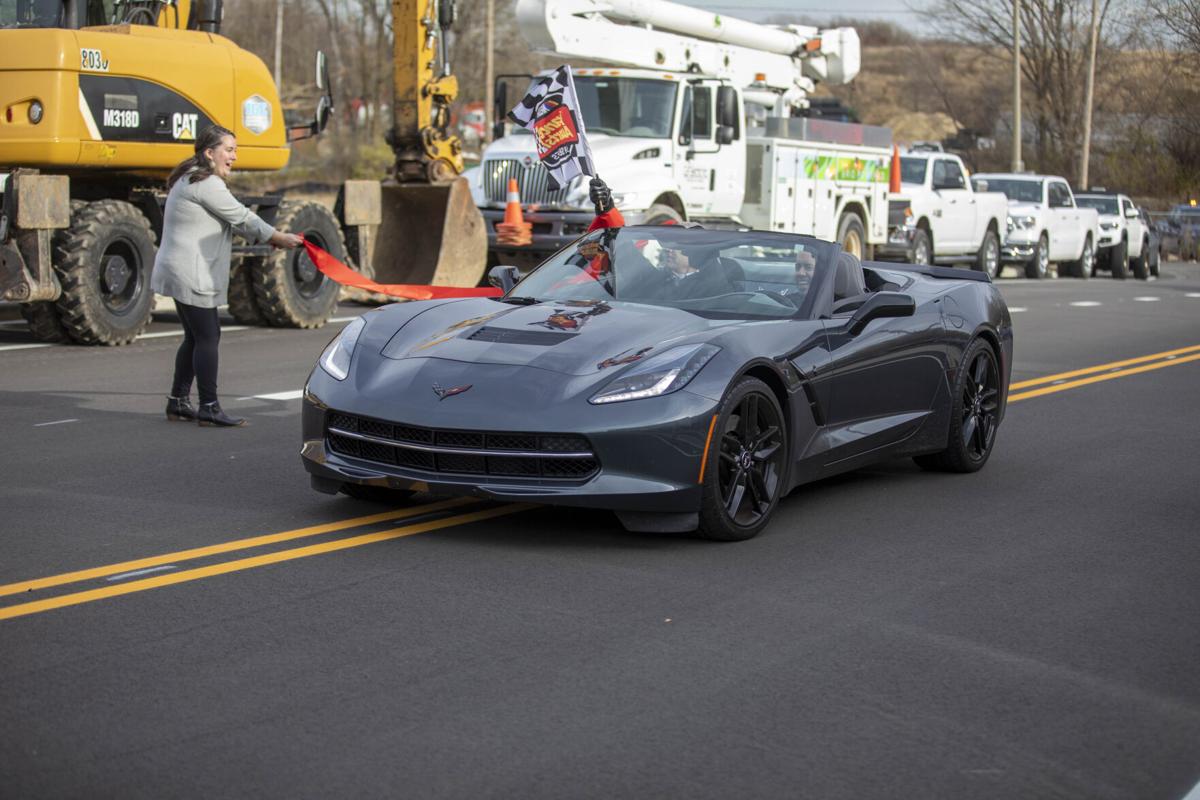 From right in the car, City of Fitchburg mayor Aaron Richardson drives through a "finish line" ribbon while Dane County executive Joe Parisi waves a race flag as Ald. Gabriella Gerhardt (Dist. 2) holds up one side of the red ribbon during a celebration of the Fish Hatchery Road project completion on Wednesday, Nov. 17, at the intersection of Fish Hatchery Road and Bowman Drive. 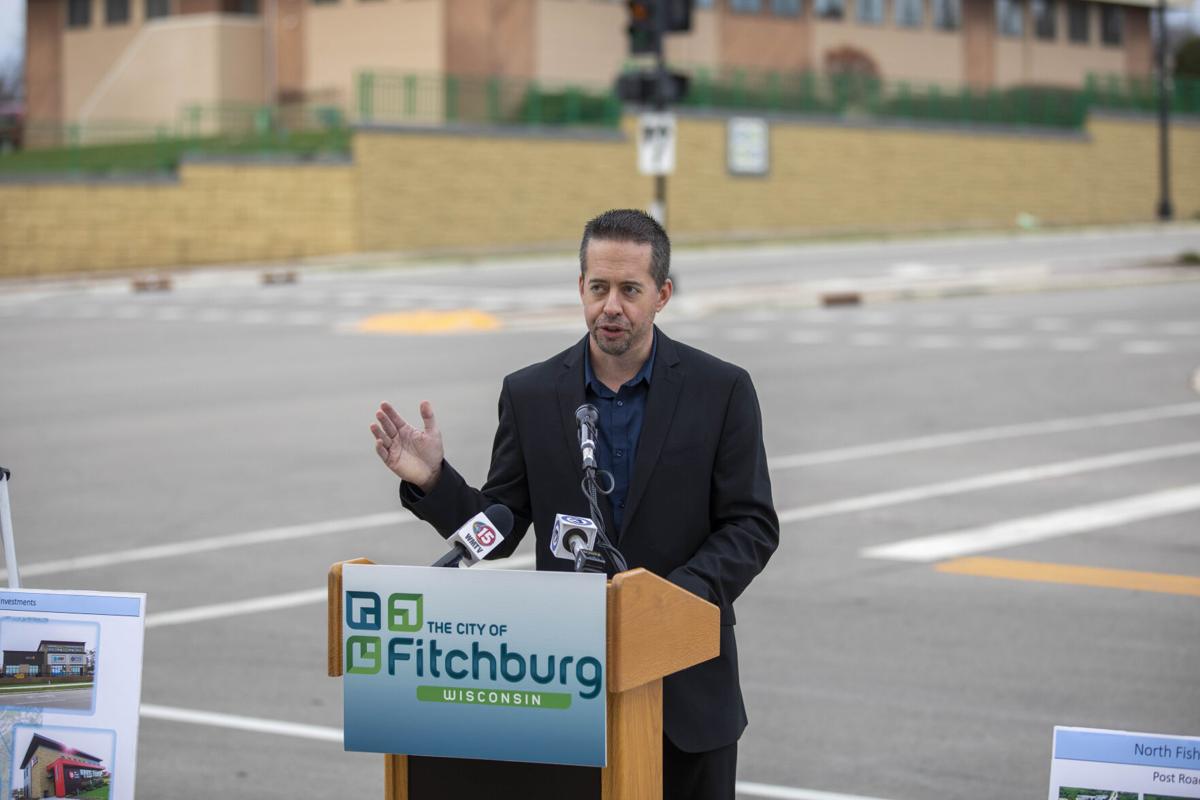 CIty of Fitchburg mayor Aaron Richardson thanks all of the people who worked on the Fish Hatchery Road project over the years during a celebration of its completion on Wednesday, Nov. 17, at the intersection of Fish Hatchery Road and Bowman Drive. 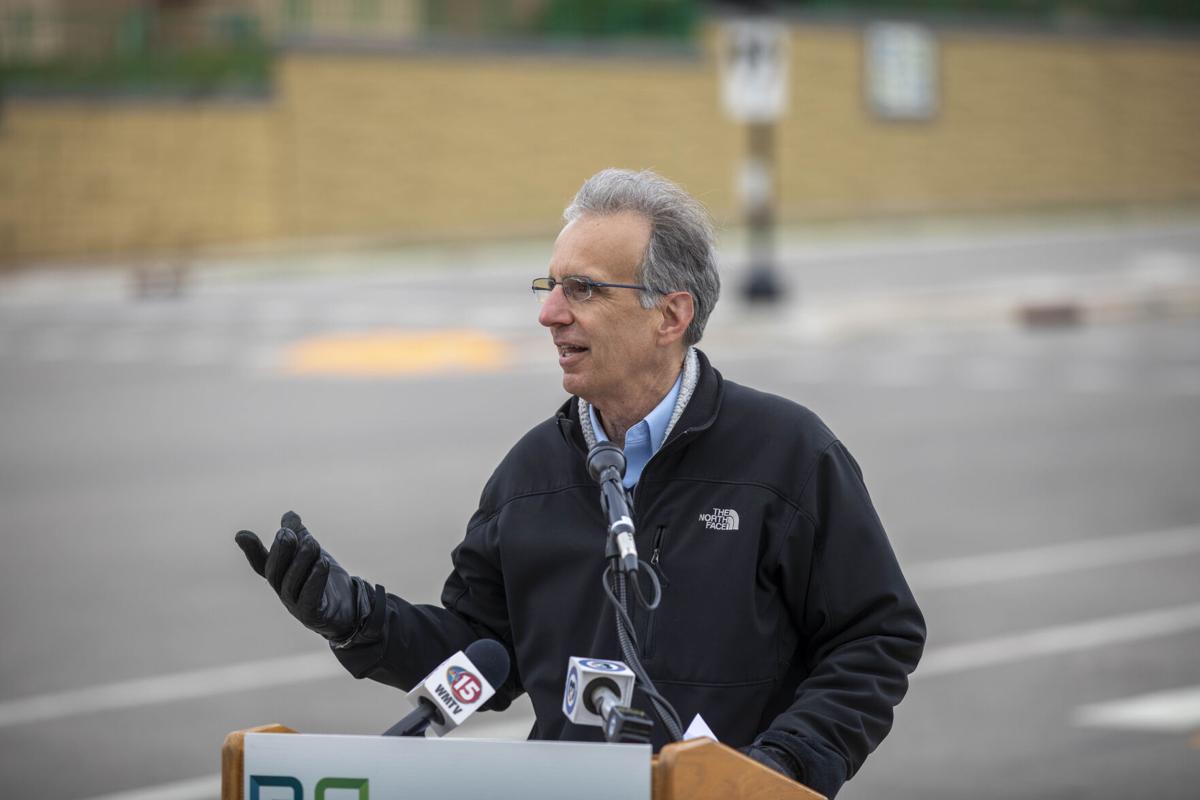 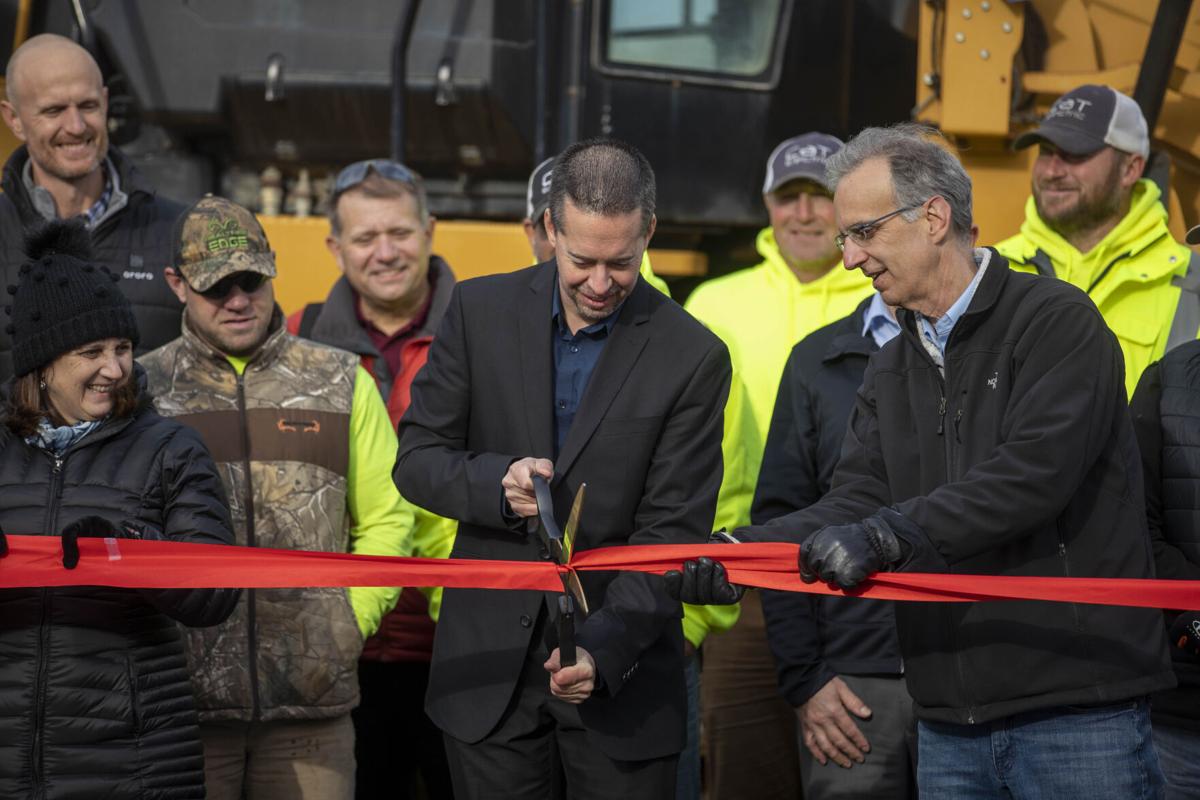 Two years of slow traffic along one of City of Fitchburg’s busiest corridors has come to a close.

Current and former city officials, county and state office representatives, construction and engineering staff and other business liaisons from around the city gathered at the corner of Fish Hatchery Road and Bowman Drive on Wednesday, Nov. 17, to celebrate the completion of the road’s reconstruction and expansion. The $20.3 million project, which started in April, was split into two years and two phases as city staff deemed the project was too large and costly to finish in one construction season.

Mayor Aaron Richardson said during the celebration’s press conference that the reconstruction project has revitalized the corridor through bringing new developments to the area. He added that the project improved connectivity by adding more traffic lights and improved bike and pedestrian traffic through the creation of a shared bus and bike lane, as well as a multi-use path along the western side of the road.

“To see where we were, and where we are now, is fantastic,” he said. “People don’t realize this, but we have over 36,000 people travel Fish Hatchery Road – so for some perspective, there’s parts of East Washington Avenue that have those same counts – it’s a very busy road, lots of people traveling here. That’s part of the reason why it’s so important that we improve this.”

The first phase reconstructed and expanded Fish Hatchery Road to three lanes between the Beltline on the northern end and Traceway Drive between April and November 2020; the second finished the remainder of the 1.6-mile stretch from Traceway south to Brendan Avenue. In addition to constructing the roadway, the project also replaced five failing retaining walls, mitigated flooding through stormwater improvements and added landscape planting and decorative paving along the medians.

The project was partially funded by both the City of Madison and Dane County, as Madison paid for the section between its southern border at the Greenway Cross intersection up to the Beltline and the county paid half of the project in return for passing the responsibility for maintenance of that section of road, which is County Hwy. D, over to the city.

County executive Joe Parisi said during the press conference that the Fish Hatchery Road reconstruction project is symbolic of the fact that Dane County is one of the state’s fastest-growing communities.

“Folks who have lived here our entire lives like the mayor and me, and especially other people who are as old as I am, remember when this was literally a two-lane country road,” he said. “As our community continues to grow and evolve, we need to make way for that, and do it in a responsible way like this that creates safe passage for cars, as well as access for buses, for bicycles.”

After a long summer and into the fall, traffic on Fish Hatchery Road has switched back to the permanent lanes.

The City of Fitchburg’s redistricting process is expected to be finalized early next month.

Phase 1 of The Hub is expected to begin construction in spring 2022, after the City of Fitchburg Common Council greenlighted its design plans.

Kimberly Wethal joined Unified Newspaper Group in 2018, where she serves as the news editor and primarily covers the school districts. She previously was an intern starting in 2013. Follow her on Twitter @kimberly_wethal.