Skip to main content
You are the owner of this article.
Edit Article Add New Article
You have permission to edit this article.
Edit
Home
News
Sports
Obituaries
Opinion
Things To Do
Classifieds
OMGHired Local Jobs
Legals
FAQ
Newsletter
Submit your news
e-Editions
Special Sections
Calendar
Contact Us
About Us
Advertise with Us
Corre la Voz
1 of 10 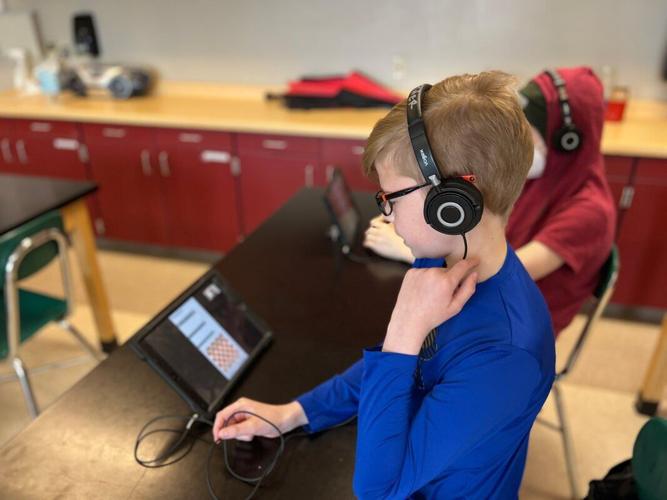 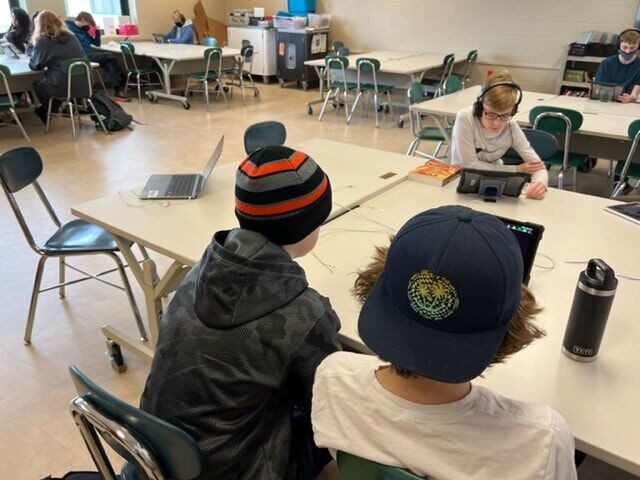 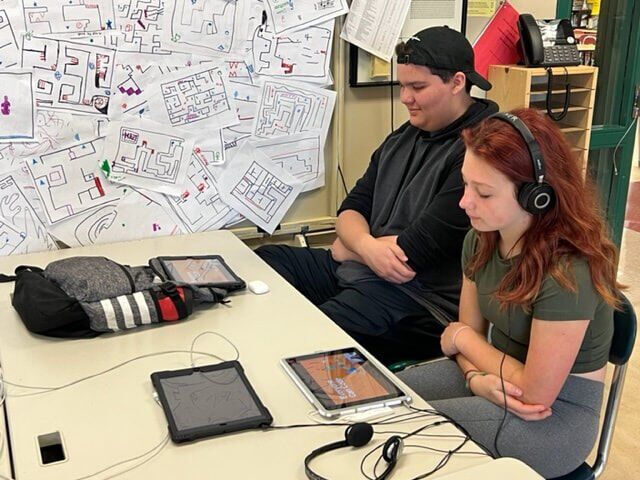 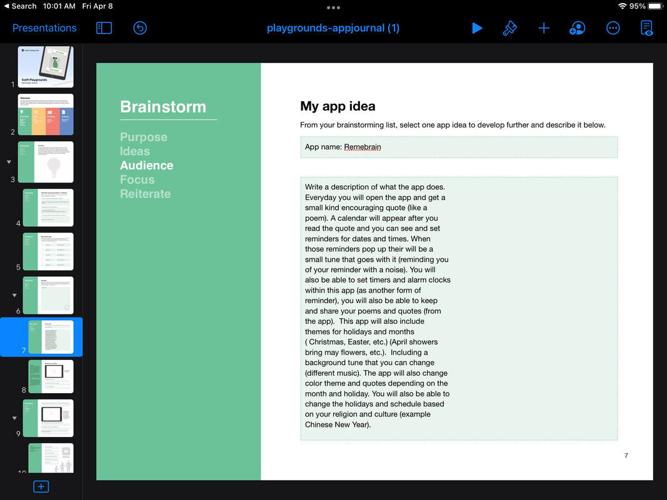 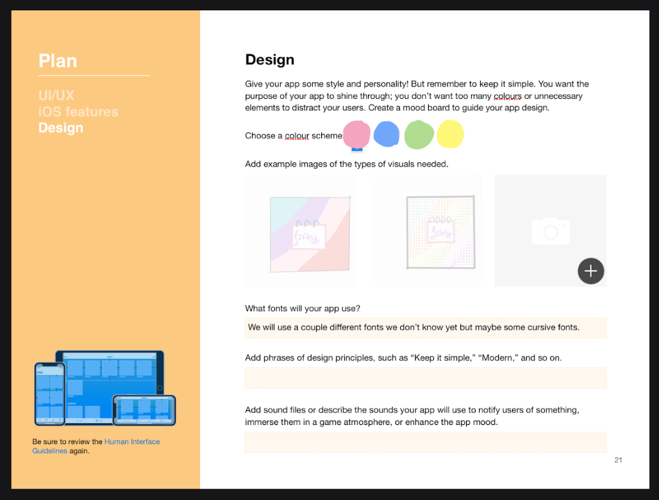 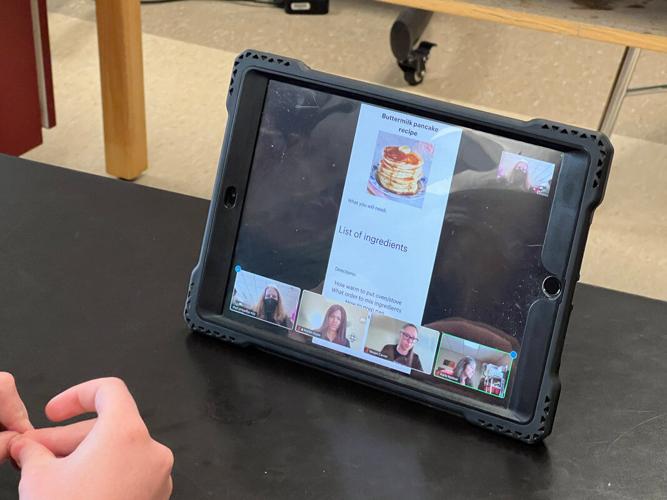 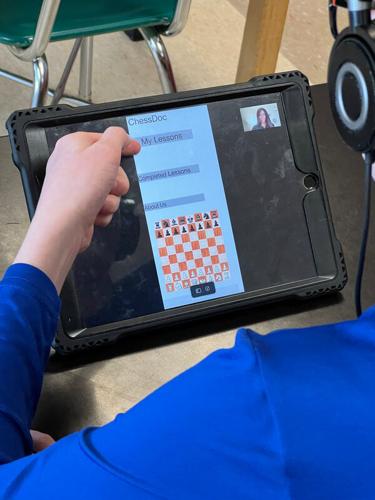 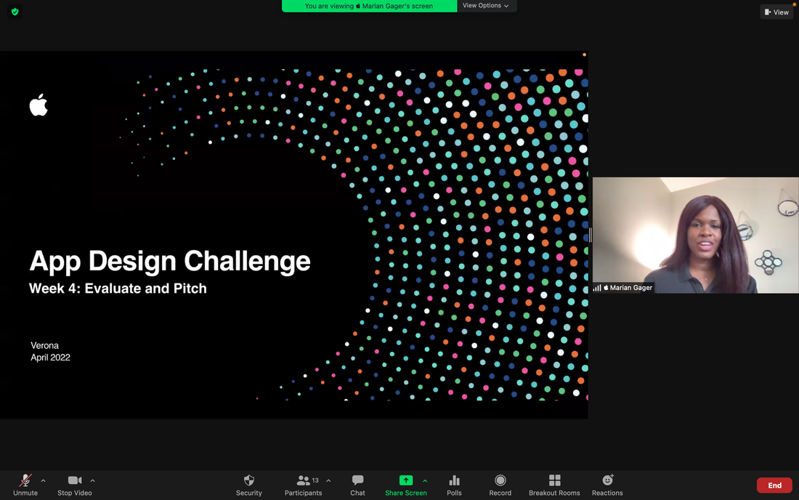 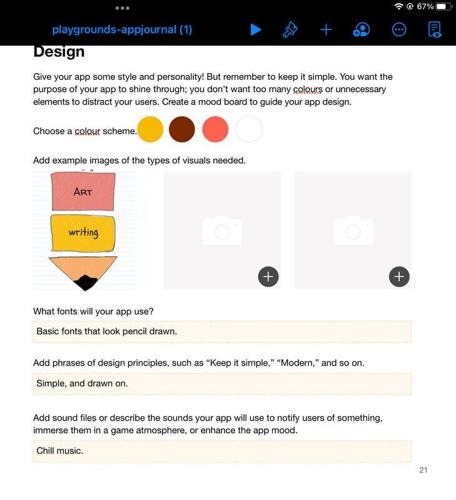 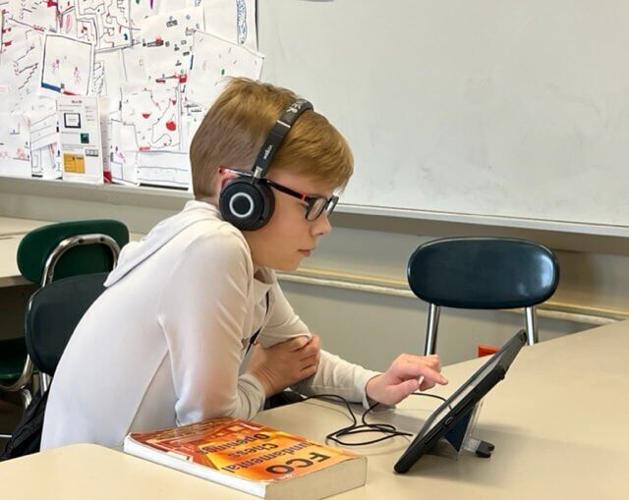 One group of Verona Area School District eighth graders got a glimpse into the world of software development, thanks to a collaboration with Apple.

When the software and technology company reached out to schools to see if any would be interested in participating in a coding program led by Apple interns, Mortenson reached out to Savanna Oaks Middle School Design Thinking and Technology Teacher Karie Huttner to see if her eighth grade students would like to take part.

They went ahead and applied, and for four weeks in April, got to work with Apple interns based out of Texas and Maryland, creating mock-ups of potential software apps.

Through the App Design Challenge from Apple, students took a journey from brainstorming about an app that meets a need in their community, to designing a prototype of their app idea.

Weekly, Huttner’s two groups of eighth graders were mentored by Apple interns who shared their own process for developing an app and helped guide the Fitchburg middle school students go through the same process.

“Our district is lucky to have an Apple Distinguished Educator with Rita Mortenson,” Huttner said. “This year Rita found a way for my students to participate in an experience like no other. It was something new and different. This is only the second year Apple has done this at the middle school level, and it was our first time at Savanna Oaks. It’s something we want to implement in the future.”

The 24 students worked in 12 pairs to help narrow down the many different ideas proposed for apps, being partnered with people who were interested in creating similar types of apps.

Multiple students proposed apps based around mental health, there were ideas for cooking, recipe, and healthy eating apps, one student wanted to create an app to help people play chess, some ideas integrated art and writing,

The students based their app ideas around things they are really passionate about, Huttner said.

“I wanted to empower them to realize they can do stuff, especially with coding, and not get bogged down in the programming part,” she said. “Even if they choose not to pursue coding in high school, they leave here with experience creating and innovating.”

The mentors at Apple challenged the youths to decide what problem their app would be solving, how it could impact their community, and what the user experience would be.

The students went on the app store to research similar apps that already existed, and were challenged to come up with ways to make theirs better than ones that are already out there, or how to pivot and try something different.

Using the Apple software program Keynote, used for making slideshows and presentations, the students got to work designing a mock-up of their app – thinking about what features would need to be built-in or enabled to make it work, from buttons to audio.

The Apple employees provided a workbook through Keynote that guided the students through each step of the design process, which they completed on their iPads.

“That was really awesome – their ability to be empowered to use tools,” Huttner said.

The students shared their mock-ups with the Apple interns through Zoom video conference calls, and received feedback on their color, design and feature choices.

“This whole course was more so about realizing how much work you put in before the coding part of app design, it was the whole design thinking process,” Huttner said.

The students appreciated having these interns asking them questions about choices they’d made, she said. They particularly appreciated how many lead employees at Apple are women or African Americans.

“That’s something our students don’t always have access to, which was fantastic,” Huttner said. “I think getting to connect with developers around the country was really powerful. One thing I’m noticing is that by eighth grade, fewer girls and students of diverse backgrounds participate in coding. It’s problematic, we need all genders and races participating in coding.”

The Savanna Oaks youths also shared their prototypes with the school board and principal.

“They shared their prototypes and process with an invited audience,” Huttner said. “It was so impressive to hear each team share what they did and why they did it. The end results were inspiring.”

While she’s not sure yet if they’ll have the Apple mentors again next year, designing apps is something she now wants to add to her eighth grade curriculum, taking it further than just planning in the future – to actually coding the apps.

"Ms. Huttner provides so many authentic, engaging opportunities for her students," Mortenson said. "It is always so much fun to see how students apply their learning in so many creative ways. How cool is that to have students in middle school developing app ideas and working with Apple. It was a super cool process and her students did an amazing job.”

The App Design Challenge with Apple interns is part of a wider array of lesson plans Huttner brought to her role at Savanna Oaks. As an educational technology coach at other schools in the district including Stoner Prairie and Country View elementaries, she has taught video game design, 3D printing, and circuitry.

While the eighth graders received mentorship from the Apple interns, they also did some mentoring of their own.

The Savanna Oaks students traveled next door to Stoner Prairie the week of May 17-20 for a 'Half Hour of Code' in which they worked with the K-5 students to offer them a crash course in coding.

“That connection with the younger learners seems to make a difference,” Huttner said. “The students feel like they’re making a difference, realizing technology is about helping others, and this Half Hour of Code helps them see that. They take things they learned and care enough about to teach it to others. One thing that has made a difference is seeing the impact of what they create on another person – that human connection.”

Reporter Neal Patten can be reached at npatten@wisconsinmediagroup.com