Skip to main content
You are the owner of this article.
Edit Article Add New Article
You have permission to edit this article.
Edit
Home
News
Sports
Obituaries
Opinion
Things To Do
Classifieds
OMGHired Local Jobs
Legals
FAQ
Newsletter
Submit your news
e-Editions
Special Sections
Calendar
Contact Us
About Us
Advertise with Us
Corre la Voz
1 of 6 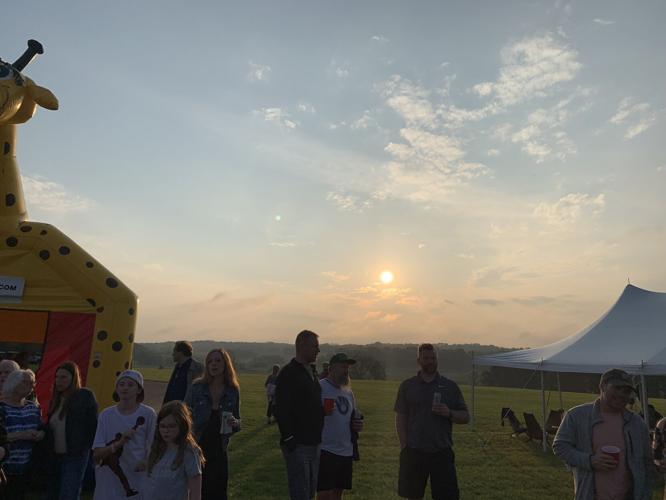 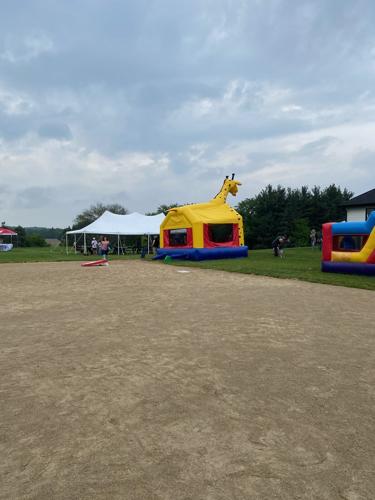 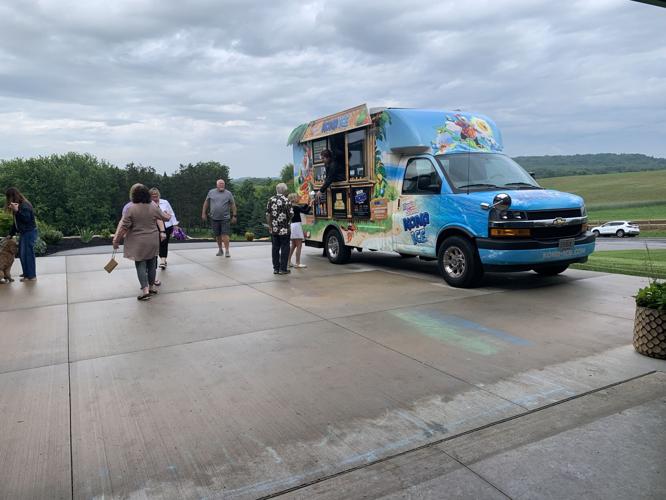 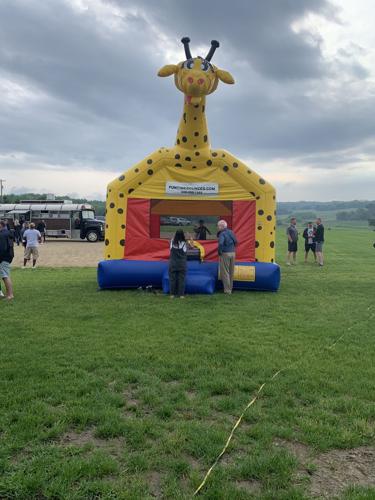 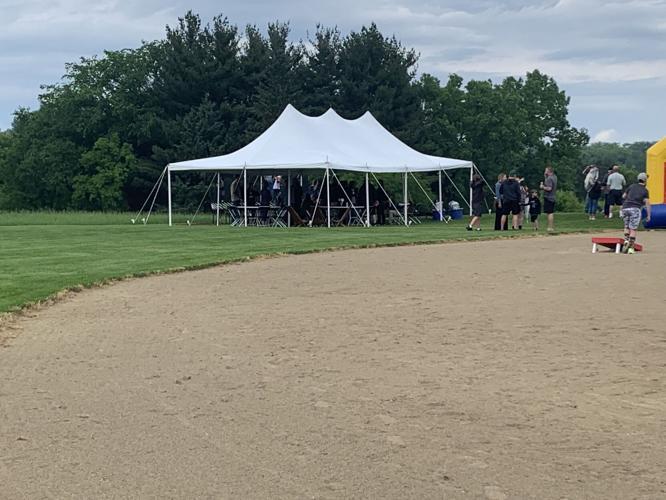 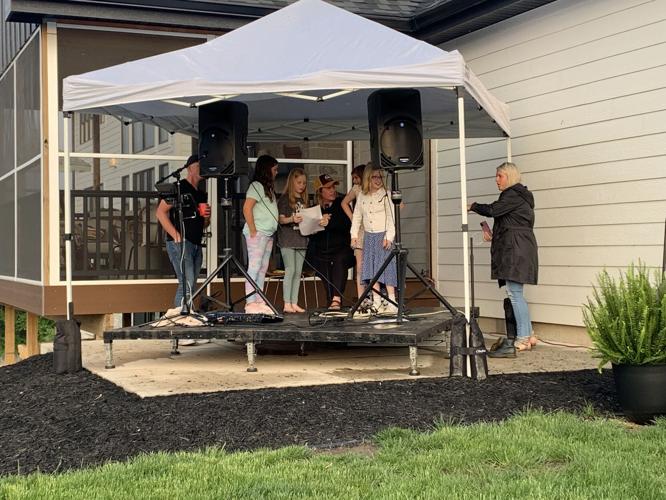 For one Fitchburg family whose triplet daughters have a learning difference, a Verona school became a lifeline.

Kelly Lawry says that her three daughters have thrived under the tutelage of Kim Feller, their tutor, who has taught them to read, write and spell, with “great success,” which is why she and her husband Andy wanted to help give back.

While their girls had attended summer camp, this autumn Feller School will expand into a K-3 primary school – the first specialized nonprofit school in Wisconsin focused on reading reform.

The Lawrys were so enthusiastic when their kids loved their Feller School summer camp learning experience, that even though their daughters – who are now 10 years old, and attend Forest Edge Elementary School – won’t benefit from the upcoming primary school, they still wanted to support the expansion to ensure other children like theirs have their learning needs met.

“I just really wanted to do what I could to fundraise,” Lawry said. “I would have loved for them to go to school there full time, they are just a tad too old, but we hope to still benefit from it.”

Students at Feller may struggle with dyslexia, dysgraphia, dyscalculia, or with focusing their attention. While often referred to as a ‘disorder’ or ‘disability,’ Feller says dyslexia isn’t a learning disorder, it is a learning difference, and she serves students who simply process information differently than what a traditional classroom expects.

Which is why the Lawrys, whose daughters were diagnosed with dyslexia shortly before they moved to Wisconsin from Georgia, were so relieved to discover Feller School. And why they wanted to take advantage of a unique feature of their home to give back to Feller.

The Lawry Family property on Bryne Road is home to Lawry Field, an actual baseball diamond in their backyard.

It was there that they hosted the Home Run For Dyslexia event to fundraise for Feller School on Saturday, June 11. It was the first fundraiser event to be held for the forthcoming Feller School.

The family-friendly baseball-themed event saw 80 people attend and it raised $20,000 in donations to support the first year of operations for Feller School. The event included food trucks, live music, a bouncy house, silent auction, and a baseball game.

The baseball field was Andy’s idea. When the Lawrys were building their home two years ago, they needed some dirt for backfilling and flattened out a part of the property – which Andy, and the Lawry’s 14-year-old son, immediately saw some potential for. The two are avid baseball fans.

“The field happened naturally, based on my husband’s and son’s love for baseball,” Kelly said.

Up until the fundraiser, for the couple of years they have lived there, the field has only been used for their son’s baseball team to practice on twice a week.

Kelly Lawry is so invested in the Feller mission, she is even a parent representative on the school board.

Her going all-in on Feller School is in part due to a school with its specific focus being “not at all common in the whole state of Wisconsin, let alone this area,” Lawry said.

“We scoured everything we could find,” she said. “We found Kim at the right time, she was amazing and the right person to help our girls. Since then, she’s been trying to get Feller School up and running, and so many kids need this extra help and a better way to learn to read than what public schools are teaching right now.”

It’s hard to find teachers with the right training to help children with dyslexia like her daughters, Lawry said. And while she says her family has a great relationship with the Oregon School District and gets support, she says so many districts don’t offer that – and maybe on average only two teachers within a school are equipped to handle dyslexia.

While she said she feels fortunate to have such accommodating teachers at Forest Edge – and knows her daughters wouldn’t find that everywhere – she said she would still, if given the choice, prefer her girls attend a school where the other kids had dyslexia. Unfortunately, the Feller School is launching as a K-3, and her daughters are in 5th grade this year.

If not for the Feller School having been one city over, Lawry said she may have had to consider a virtual tutor, and said that wouldn’t have been easy.

The summer school Lawry’s girls attended was four days a week, from 8 a.m. to 3 p.m., for eight straight weeks. They were amongst 31 students and by attending, the Lawrys said they saw significant progress in their triplets’ reading, spelling, writing, and language skills.

“There was not a single day they complained or didn’t want to go,” Lawry said. “While all their friends were just hanging out all summer, my girls were excited. I’ve never experienced that – they wanted to go to school. Kim makes it interesting for them, fun for them, they want more. I know they are having an incredible time there and learning while they do.”

So now with how much her daughters have benefitted from Feller School, even though she does not have a background in education, Lawry says she hopes her full-time profession in human resources can lend her some skills to be a “parent advocate” to benefit the school and help other kids struggling with reading. She says she would love to do the baseball fundraiser again next summer, particularly to increase the possibility for the school to expand to K-5.

“I would just love to have Feller School up and running even if our girls aren’t able to participate in it fully, because we know it will benefit so many other kids like them,” Lawry said. “Dyslexia has a genetic component, so when my daughters have kids, their kids have a higher chance of being dyslexic. So for schools like this to exist for future generations is so important. To start off in kindergarten being able to read benefits not only the kids with dyslexia, but all of the kids in the classroom.”

Reporter Neal Patten can be reached at npatten@wisconsinmediagroup.com

The inaugural Oktoberfest Ride for Arthritis fundraising event will be held on Saturday, Sept. 17.