You have permission to edit this article.
Edit
Home
News
Sports
Obituaries
Opinion
Things To Do
Classifieds
Legals
FAQ
Newsletter
Submit your news
e-Editions
Special Sections
Calendar
Contact Us
About Us
Advertise with Us
1 of 2 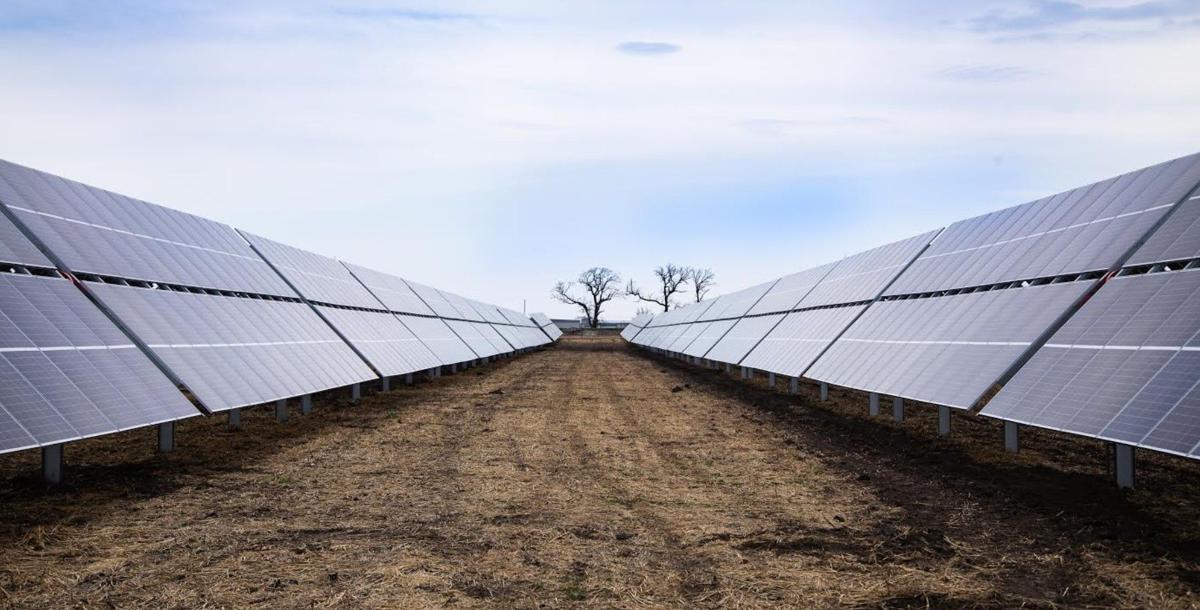 A newly-completed solar farm project on Seminole Highway with 60,000 panels now helps to power the greater Fitchburg area with renewable energy from the sun.

The O’Brien Solar Farm facility, the largest in Dane County located at 2625 S. Seminole Hwy., is also aiding the City of Fitchburg in its goal to reduce its carbon footprint, sustainability specialist Phil Grupe told the Star.

The $31.7 million, 20 megawatt farm, owned and operated by Madison Gas and Electric, is assisting seven other customers in their efforts to change the course of climate change.

Those include the University of Wisconsin Madison and the state Department of Administration, as well as biotech giant Promega, plastic products supplier Placon, Tribe 9 Foods and grocery store Willy Street Co-op.

How that works, Steve Schultz, MGE Corporate Communications Manager told the Star, is that each partner purchases a percentage of the energy the farm produces, which will cover the cost of the facility’s construction over the next three decades, and generate a 10.3% return on equity. That type of contract is part of the MGE’s Renewable Energy Rider program, he said.

In turn, after paying initial rates of about 6 to 7 cents per kilowatt hour of solar power, customers reduce their reliance on natural gas, and other fossil fuels.

And depending on each contract’s variability, some partners will receive renewable energy credits for their share of energy generation, Schultz said, which can come in the form of tax credits, rebates and other exemptions.

The solar farm is of great benefit to the city, Grupe said, besides supporting its long-term objective to embrace renewable energy.

He said the City of Fitchburg has met around 40% of its operational needs through the 750 kilowatts of energy generated by the solar farm.

That’s beside a 2017 initiative the city carried out, placing solar panels capable of producing 362 Kilowatts of energy on the roofs of City Hall, the Fitchburg Public Library, the public works maintenance facility and the west side fire station on Marketplace drive, according to previous Star reporting.

Supplying that energy are bifacial solar panels that track the sun, Schultz said, covering a 160 acre patch of land on the highway.

“You may drive or bike by the solar field in the morning, and the solar panels are all facing east,” Schultz said.

But at night, passersby might see they are facing the west. That movement supports more energy generation, he said, as each panel consistently faces the sun.

As the years progress, Schultz said he only foresees more businesses, individuals and organizations embracing renewable energy, particularly with the help of MGE as it commits to net zero emissions by 2050.

He said that goal aligns with the current science that confirms the climate is changing.

“One of the best ways to eliminate carbon is through renewable energy generation,” Schultz said. “You don’t have to pay for fuel, because the fuel is the sun.”

Madison Gas and Electric, which is looking to operate the largest solar farm in Dane County, has officially applied with the state’s regulator…